E-cigarettes have been on the market for several years now, however there are many unknowns about the health risks associated with these products.

E-cigarettes, commonly known as e-cigs or vapes, are battery-operated devices that allow users to inhale nicotine and other chemicals in a vapour form, rather than smoke. These devices are generally comprised of four parts: a battery, heating element, vapourising chamber, and a cartridge to hold the solution (known as ‘e-liquid’). Mist is produced through the heating of a replaceable cartridge containing e-liquid which may include nicotine and/or other chemicals.

Some e-cigarettes look similar to tobacco cigarettes, cigars and pipes, while some resemble everyday items, such as pens and USBs. The key difference between e-cigarettes and tobacco cigarettes is e-cigarettes do not contain tobacco. Instead, they contain nicotine or a variety of other chemicals, or both. Some of these chemicals are included to add a fruit, alcohol or confectionary flavour to the product.

In Australia, it is illegal to use, sell or buy nicotine for use in e-cigarettes. People typically go online to purchase e-cigarettes or the replaceable cartridges containing nicotine from overseas.

Therapeutic Goods Administration
The TGA is part of the Australian Government Department of Health and is responsible for regulating therapeutic goods including prescription medications, vaccines, sunscreens, vitamins and minerals, medical devices, blood and blood products. The role of the TGA is to ensure products meet an acceptable level of safety and quality.
Find out more

What is in e-liquid?

E-liquid refers to the solution in an e-cigarette. It is hard to know what chemicals are in an e-liquid as there are a wide variety of devices and liquids on the market and labels are often incomplete or incorrect. It has been discovered that some e-liquids that are marketed as nicotine-free contain nicotine and many of the same chemicals as tobacco e-cigarettes.[1] If an e-liquid containing nicotine is purchased unknowingly, it could be a gateway to nicotine addiction.

Other hazardous chemicals have been found in e-liquids, in both the nicotine and non-nicotine types, such as formaldehyde, acetaldehyde and acrolein, which are known to cause cancer.[2] E-liquids also contain chemicals for which the health effects are not known. What we do know is, like traditional tobacco cigarettes, some e-liquids contain nicotine, which is a highly addictive drug that can cause serious injury and death.

The health impacts of e-cigarettes are largely unknown as many diseases (such as cancer and lung disease) take a long time to develop. However, they are known to cause short-term adverse health effects including nausea, vomiting, mouth and airway irritation, chest pain and heart palpitations.

Evidence has found that e-cigarette use increases the risk of respiratory diseases, cardiovascular diseases and cancer. E-cigarettes have been found to slow wound healing and cause gum diseases and eye irritation. E-cigarettes have also been found to adversely impact the central nervous system, which controls most functions of the body and mind, such as processing information and coordinating activity. It is unknown how e-cigarettes can affect people who are exposed just by being near exhaled vape mist.

In addition to the reported short and long-term health impacts of e-cigarette use, the devices themselves can also be considered dangerous. Due to e-cigarettes comprising a heating element, they can malfunction and cause injuries to the user, such as burns.

Lung Foundation Australia recommends that if you or someone you know is trying to quit smoking tobacco cigarettes, you should use a proven, safe and effective method. These include speaking to your doctor, a trained Quitline counsellor or using Nicotine Replacement Therapy, in combination with speaking to a health professional. Quitting is always going to be tough, but seeking support from your healthcare professional will give you the motivation, resources and practical quitting skills you need to support your quitting journey.

Perhaps the most discussed element of e-cigarette use is that they can serve as a “gateway” to nicotine addiction and ultimately, tobacco cigarette smoking. There have been many studies which have found that experimentation with e-cigarettes encouraged the use of tobacco cigarettes, particularly among young people. With the inclusion of fruit, alcohol and confectionary flavours, e-cigarettes are essentially targeted at young people who often find these flavours fun and exciting. With many e-liquid products incorrectly labelled and unknown effects of use, experts are concerned these products will create another generation of people addicted to nicotine.

In addition to the known and unknown risks to lung health, e-liquids containing nicotine can harm the adolescent brain as it develops through to adulthood.  Nicotine has the potential to damage the parts of the brain that control attention, learning, mood and impulse control, making e-cigarette use among young people particularly concerning.

What is Lung Foundation Australia’s role?

As the peak consumer informed organisation, we are focused on protecting and strengthening the lung health of all Australians.

Lung Foundation Australia believes Australians want to, and will, achieve a tobacco-free and nicotine-free society. We support people who wish to, and find it difficult to, end their nicotine addiction, and we advocate for human-centred, evidence-based smoking cessation methods to empower individuals to make informed health choices. We will continue to advocate for tobacco reform and strong government standards.

A comprehensive review of the major issues in smoking and health in Australia, compiled by the Cancer Council Victoria.

QuitCoach is free, and has helped thousands to achieve their goal of becoming a nonsmoker.

Join a supportive community for free to help you quit for good.

Do parents know the dangers? The Royal Children's Hospital Melbourne Poll found that Australian parents are calling for tougher restrictions on e-cigarettes. 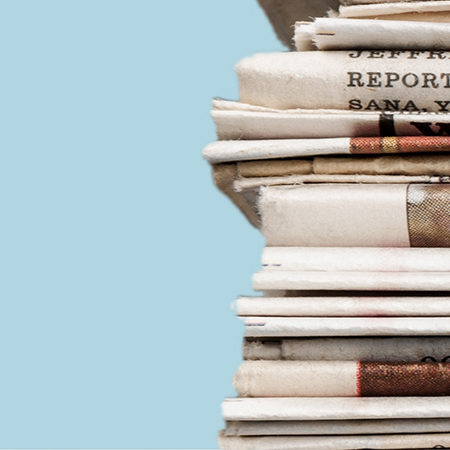 We need your voice. We’re urging the Therapeutic Goods Administration (TGA) to reject a proposal from Philip Morris International (PMI) – big tobacco – to… 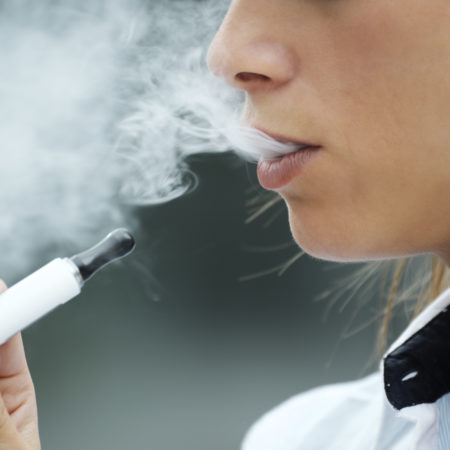