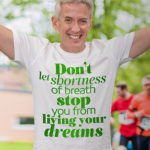 Imagine spending every hour of everyday being short of breath. My disease has no cure – it’s progressive and kills over 3 million people every year.

My name is Russell Winwood also referred to as the COPD Athlete. My disease has left me with just 30% lung function – my life operates in an extreme environment.

I was diagnosed with asthma when I was young, but managed to have an active childhood playing sports and doing what most kids do. In my late teens I started smoking socially. I’m not sure why, as I knew it was bad for me, but continued to smoke until my late 30’s. On Christmas Day in 2002 I collapsed. Too many years of not looking after myself had caught up with me in the form of a stroke – I was 36. The paramedics who attended to me when I had my stroke visited me in hospital three days later as they didn’t believe I had survived. I realised it was time to change my habits. I eventually gave up the cigarettes, cut down drinking alcohol and started eating better. At the time of my stroke I was 88 kg, about 20 kg over weight. My son had just started cycling and talked me into taking it up – it was the best thing I ever did. The weight started coming off and I was feeling like a 36 year old should. 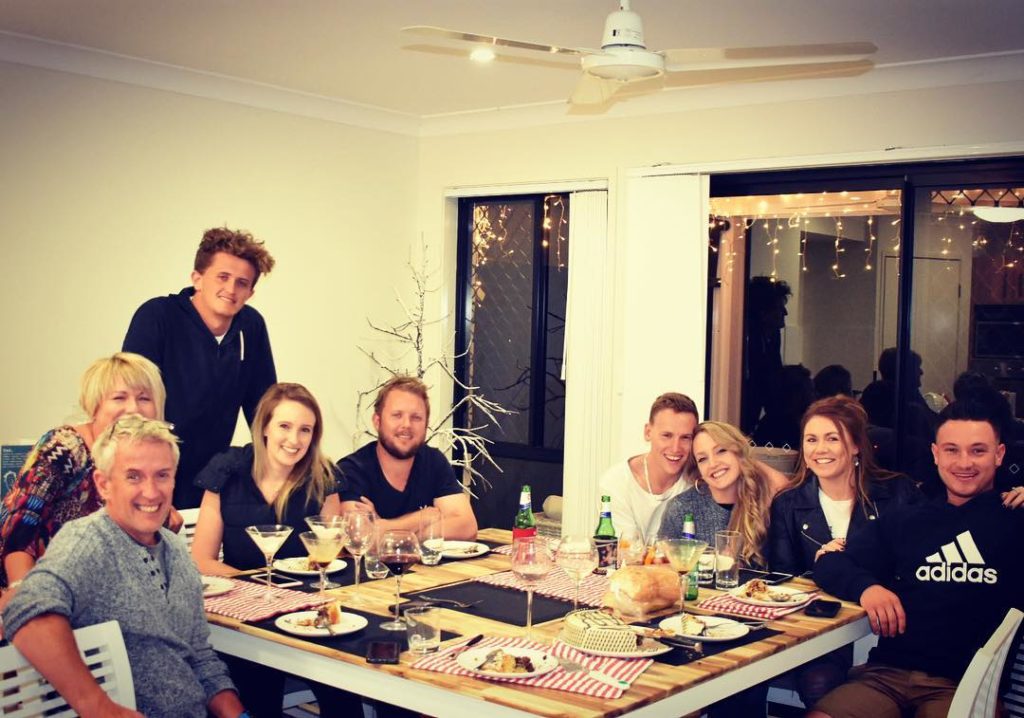 A friend of mine suggested I should do a triathlon. I was hesitant because I wasn’t a great swimmer, but eventually I agreed. So for the next eight years I competed in varying distances of triathlons from sprint to Half Ironman as well as a couple of ultra-marathons.

In 2011 after noticing my training times were getting slower, exercise was getting harder and I was constantly short of breath, I took myself off to the doctors.

Spirometry and lung function tests confirmed I had Chronic Obstructive Pulmonary Disease (COPD), with a FEV 1 <30% of predicted. That basically means my lungs are operating between 22-30% of their predicted capacity. I was told that I would possibly need a double lung transplant within five years. Surprisingly the scan showed that there was no major damage to my lungs from smoking. My airways had become very narrow due to years of chest infections, causing a build-up of scar tissue. 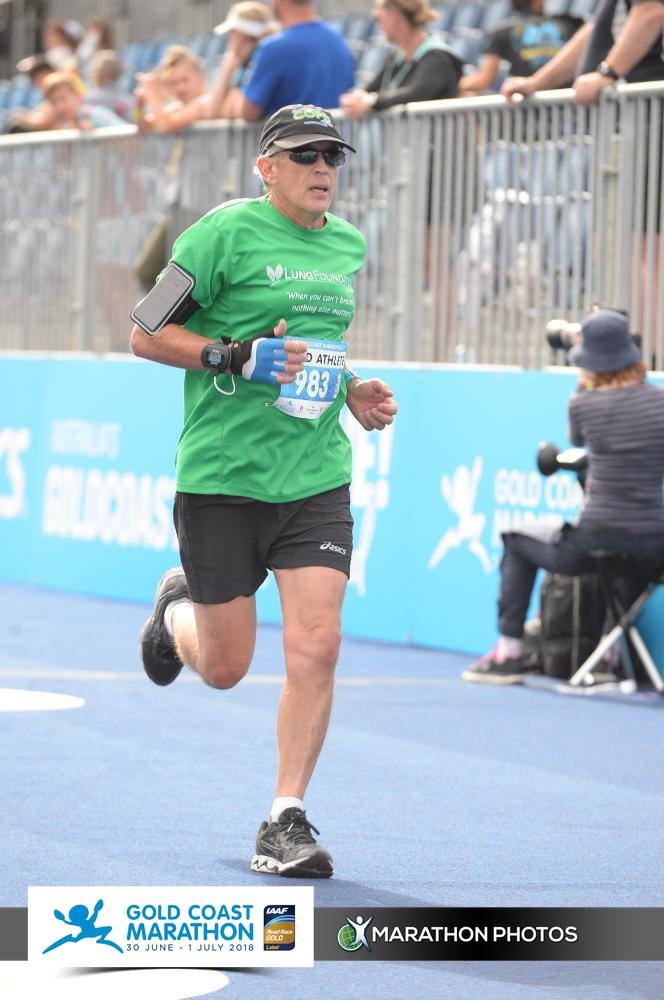 Being diagnosed with COPD was hard. I felt cheated because I had worked so hard to rebuild my health after having a stroke.

I could have let this disease slowly suffocate the life out of me.

Instead, I decided to do an Ironman event and then another, and another. Then I thought I’d run marathons around the world and raise money for charities – New York, Gold Coast, London and recently Boston.

I’m very different to other disabled athletes who may have lost a limb or been confined to life in a wheel chair. My disability doesn’t have a category in the Para Olympics or any event because people with my disability don’t usually run, cycle or swim. Patients with my level of disease are generally house bound and very immobile, and many find it hard to go on.

My disability affects the number one thing in life we cannot do without – the ability to breathe.

I have found a way of living well with COPD and spend most of my days sharing my experiences with patients and respiratory professionals. I have written over a hundred articles about my disease – the highs, the lows and my strategies which allow me to live well with COPD.

My dream is to run a marathon with one of my grandchildren, when they are old enough. My disease will never define me!