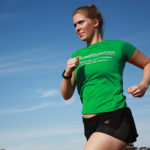 My name is Hannah, I currently work in the South Australian horticulture industry after completing a degree in Agricultural Science in 2015. I enjoy gardening and all things fitness, including gym and hiking. My biggest supporters have been my parents and two sisters as well as my partner Ethan.

In October 2016, aged 21, I went for a casual jog. I was feeling a little slack after over indulging at an AFL Grand Final party I hosted. I had issues with breathing during the run but thought it was just because I had a big weekend. At work the next day, the breathlessness worsened along with the pain. My symptoms started with shortness of breath and pain in my back, left shoulder, arm and ribs on one side. 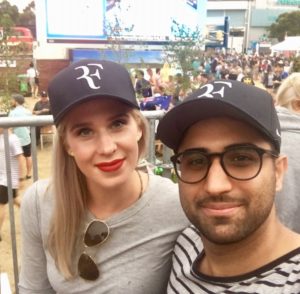 Over 24 hours the aching pain turned into excruciating pain with each breath and an irregular heartbeat. I decided I needed to see a doctor on the way home from work that day. I managed to stumble to the front counter of the doctor’s clinic only to be told they were closing in two hours and they couldn’t promise I would be able to see a doctor. I knew I was in desperate need of assistance so I drove home and by this point I couldn’t get a word out due to pain and lack of oxygen. I called my partner who called an ambulance, and after a 45 minute wait in the hospital ER, I was told it was likely it was a broken rib. After a night in hospital and a ventilation-perfusion scan, I was diagnosed with pulmonary embolism (PE) and was likely caused by the contraceptive pill. It’s a condition in which one or more arteries in the lungs become blocked by a blood clot.

When I was first diagnosed I had mixed messages from doctors and nurses in terms of recovery. I wasn’t really sure what it meant. I wasn’t provided with much information other than a follow up appointment with the specialist 6 months after spending five days in hospital.

Because there isn’t much research being done on recovery of PE, there was limited information out and I was so unsure of what challenges I would be facing long term. A few people, including a nurse, told me I would never be able to exercise again.  After much research I found a fact sheet on the Lung Foundation Australia website, about 12 months after the initial clot.

Since the diagnosis, my outlook on life has completely changed. I now see each day as an opportunity to accomplish my goals, rather than just another day at work. 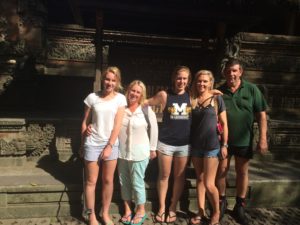 My days are now longer, I get what I can out of each day and focus on improving myself for the better. I have set myself a goal to compete in a triathlon, which is something I never would have done if I didn’t receive comments from people doubting my future. I now spend more time with family and other people who mean a lot to me and I spend less time on social media and watching TV. As difficult as it has been, it has brought our family closer together and that is something I will always be grateful for.

In terms of any long-term health implications, my health is great right now.  But at any point, my body may form a clot so it’s important I reduce any risks such as smoking and passive smoking, any hormonal contraceptive, and keeping active and healthy diet is a must. I may also have issues in the future if I want to have children.

In June 2018 I completed my first half-marathon in Sydney – the longest distance I have ever ran. I remember sitting in the hospital bed and thinking that there are so many things I haven’t achieved yet and running a marathon was one of them. I decided to sign up for the run after my doctor suggested to exercise my lungs with running to gain back proper function of them. It was going to take a long time to be able to get back running again but I was determined to do it.

Not only to accomplish my own goals but also to show that sometimes, you can recover from these things and be stronger than you were before.